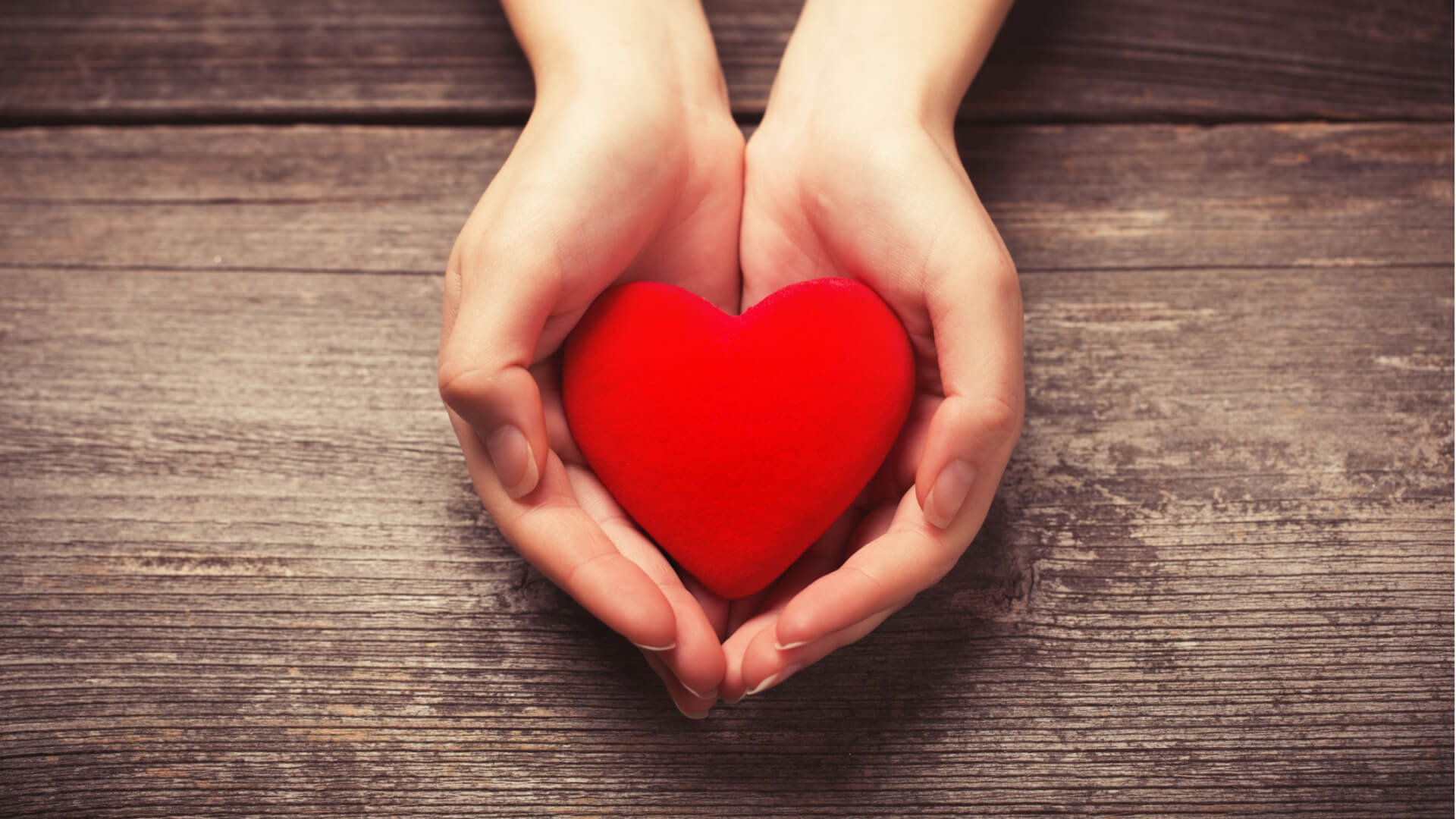 What is coronary artery disease (CAD)?

Coronary artery disease (CAD) is a condition whereby the blood vessels supplying the heart, known as the coronary arteries, become narrowed or blocked by the build-up of fatty plaques.

These fatty plaques prevent the delivery of oxygen and nutrients to the heart muscle, which can damage heart tissue. When blood flow to regions of heart tissue becomes temporarily reduced, this can cause chest pain – a condition known as angina.

Fatty plaques inside coronary arteries can also suddenly rupture and form a blood clot. This cuts off blood flow to a region of heart tissue, causing it to be starved of oxygen. This is what happens in a heart attack (myocardial infarction).

Coronary artery disease (CAD) greatly increases the risk of having a heart attack, and CAD (also known as coronary heart disease (CHD) or ischaemic heart disease (IHD)) is thought to be responsible for approximately 1 in 4 deaths in the USA each year.

Our lifestyle has a significant impact on our risk of CAD. Smoking, physical inactivity, alcohol use, and unhealthy diets that cause high blood levels of sugar (glucose) and lipids (fat and cholesterol), are all known to increase the risk of developing CAD.

By contrast, exercise, a healthy diet, giving up smoking, and reducing blood sugar and lipid levels can all help to prevent CAD.

The underlying process in coronary artery disease (CAD) is atherosclerosis:- the build-up of fatty, cholesterol-rich plaques (known as atheromas) in the walls of arteries. In CAD, atheroma specifically builds up in the coronary arteries that supply the heart.

Cholesterol is a fat-like substance used to make cell membranes, hormones, and signalling molecules. It gets transported in the bloodstream in specialised particles known as lipoprotein particles.

In atherosclerosis, cholesterol in a particular type of lipoprotein particle (known as low-density lipoproteins (LDLs)) gets deposited into the lining of arteries, leading to the formation of fatty plaques. Cholesterol transported in these particles is known as LDL cholesterol.

The formation of a fatty plaque is a gradual process that takes several years, and occurs after initial damage to the inner lining of an artery (called the vascular endothelium). Many things can cause initial damage to your arterial lining, including physical injury from high blood pressure, toxins (e.g. such as those in cigarette smoke), and inflammation.

After initial damage to the arterial lining, cholesterol particles accumulate at the site of injury and undergo a chemical change known as oxidisation. Oxidised LDL cholesterol then triggers an inflammatory response, causing white blood cells called macrophages to arrive at the injury site.

Macrophages then take up the oxidised cholesterol, which gives them a yellowish, foamy appearance. For this reason, they are known as foam cells. Foam cells then die and accumulate in the arterial lining, forming a fatty streak.

Source:Melaku, L., & Dabi, A. (2021). The cellular biology of atherosclerosis with atherosclerotic lesion classification and biomarkers. Bulletin of the National Research Centre, 45(1), 1-22.

After a long period (often years), the plaque may become unstable and eventually rupture. Rupture of a fatty plaque activates platelets and clotting factors in your bloodstream, causing the formation of a blood clot (thrombus) around the ruptured plaque. The blood clot may then completely occlude blood flow to the heart, causing a heart attack.

What is LDL cholesterol (LDL-C)?

It is sometimes called ‘bad’ cholesterol as it this type of cholesterol that gets deposited into fatty plaques.

(You can read more about the different types of lipoprotein particles and cholesterol in the Cholesterol and Ageing trait article).

On this note, there is ample evidence to suggest that higher blood levels of LDL-C are linked to an increased risk of atherosclerosis and coronary artery disease (CAD).

Why are high LDL cholesterol levels bad for us?

High levels of LDL cholesterol (LDL-C) circulating in our bloodstream can increase our risk of us damaging our arterial linings and forming fatty plaques in our arteries. In other words, high LDL-C levels promote atherosclerosis in arteries, including the coronary arteries supplying the heart.

In this respect, several studies show that higher levels of LDL-C are linked to a greater risk of coronary artery disease (CAD). For example, the graphs below are from the Cooper Center Longitudinal study in which 36,375 subjects, who were deemed low risk for developing atherosclerotic cardiovascular disease, were followed up for an average (median) of 26.8 years.

As you can see in the graphs, the incidence of deaths due to cardiovascular disease (CVD) and coronary artery (heart) disease (CHD) was greater in those with higher LDL-C levels. More specifically, a blood LDL-C level of above 160 mg/dL (or 4.1 mmol/L) was linked to a 50-70% increased risk of death due to cardiovascular disease after adjusting for age.

Conversely, other studies have shown that reducing LDL-C levels, for example by using a class of drug known as statins, is associated with a decreased risk of cardiovascular disease (including coronary artery disease).

Analyses of various clinical trials have found that there appears to be a roughly linear relationship between lowering LDL-C levels and reduction in risk of cardiovascular events, such as heart attack and stroke. This is illustrated in the graph below.

Given this link between higher LDL-C levels and risk of cardiovascular disease, it is widely held that “lower is better” when it comes to optimal LDL cholesterol levels. In line with this, the NHS suggest a healthy blood LDL-C level is less than or equal to 3 mmol/L (116 mg/dL).

It is also worth pointing out that LDL cholesterol levels in isolation are not the only determinant of cardiovascular risk. We also have high-density lipoprotein (HDL) particles that transport cholesterol away from arterial linings and peripheral tissues to be removed or further metabolised by the liver.

What is the PSRC1 gene?

The PSRC1 gene encodes a protein known as proline/serine rich coiled coil 1, which plays a role in cell division.

On this note, a single nucleotide polymorphism (SNP) in the PSRC1 gene, designated rs599839, causes an A > G change in the DNA code, giving rise to two different PSRC1 variants or alleles: ‘A’ and ‘G’.

The ‘A’ allele has been associated with higher LDL-cholesterol levels and an increased risk of coronary artery disease (CAD).

How do variants of the PSRC1 gene affect LDL cholesterol levels?

The ‘A’ variant or allele (rs599839) of the PSRC1 gene has been associated with higher levels of LDL-cholesterol.

For example, a 2008 study, which pooled and analysed the data of roughly 15,000 people, found that each copy of the ‘A’ allele was associated with an approximately 0.15 mmol/L higher LDL-C level compared to those with the GG genotype.

As illustrated in the graph above, those with one (AG genotype) and two (AA genotype) copies of the ‘A’ allele had higher median LDL-C levels of 117.9 and 114.7 mg/dL, respectively. This was significantly higher than the LDL-C level for those with the GG genotype (108.6 mg/dL).

The reason why PSRC1 gene variants are associated with differences in LDL-C levels remains to be understood. It is possible that PSRC1 (as well as SORT1 and CELSR2) gene variants affect the metabolism of fat and cholesterol in lipoprotein particles.

How do variants of the PSRC1 gene affect risk of coronary artery disease (CAD)?

People who carry the ‘A’ allele (rs599839) of the PSRC1 gene are shown to have a higher risk of coronary artery disease (CAD).

A 2017 meta-analysis of genome-wide association studies, encompassing 18,108 subjects, found that people with the AA genotype had an 1.18 times higher odds of having CAD compared to those with the AG and GG genotypes. This is illustrated in the Forest plot below.

The effect of the ‘A’ allele of the PSRC1 gene on coronary artery disease (CAD) risk is likely mediated by its effects on LDL cholesterol levels.

As mentioned earlier, LDL-C promotes atherosclerosis and higher LDL-C levels are widely shown to increase the risk of CAD. Therefore, by raising LDL-C levels, the ‘A’ allele increases a person’s CAD risk.

In addition to higher LDL-C levels, the increased risk of CAD in 'A' allele carriers may also be due to higher activity of an enzyme called lipoprotein-associated phospholipase A2 (Lp-PLA2). This enzyme is present on LDL particles and acts to oxidise lipids and promote inflammation. It therefore plays an important role in the formation of fatty plaques.

Your Protecting your heart (PRSC1) trait

Your Protecting your heart (PRSC1) trait looks at variants of your PRSC1 gene (as well as the closely related SORT1 and CELSR2 genes). Depending on your DNA results, you will be categorised into one of three groups:

To find out your results, please login to truefeed.