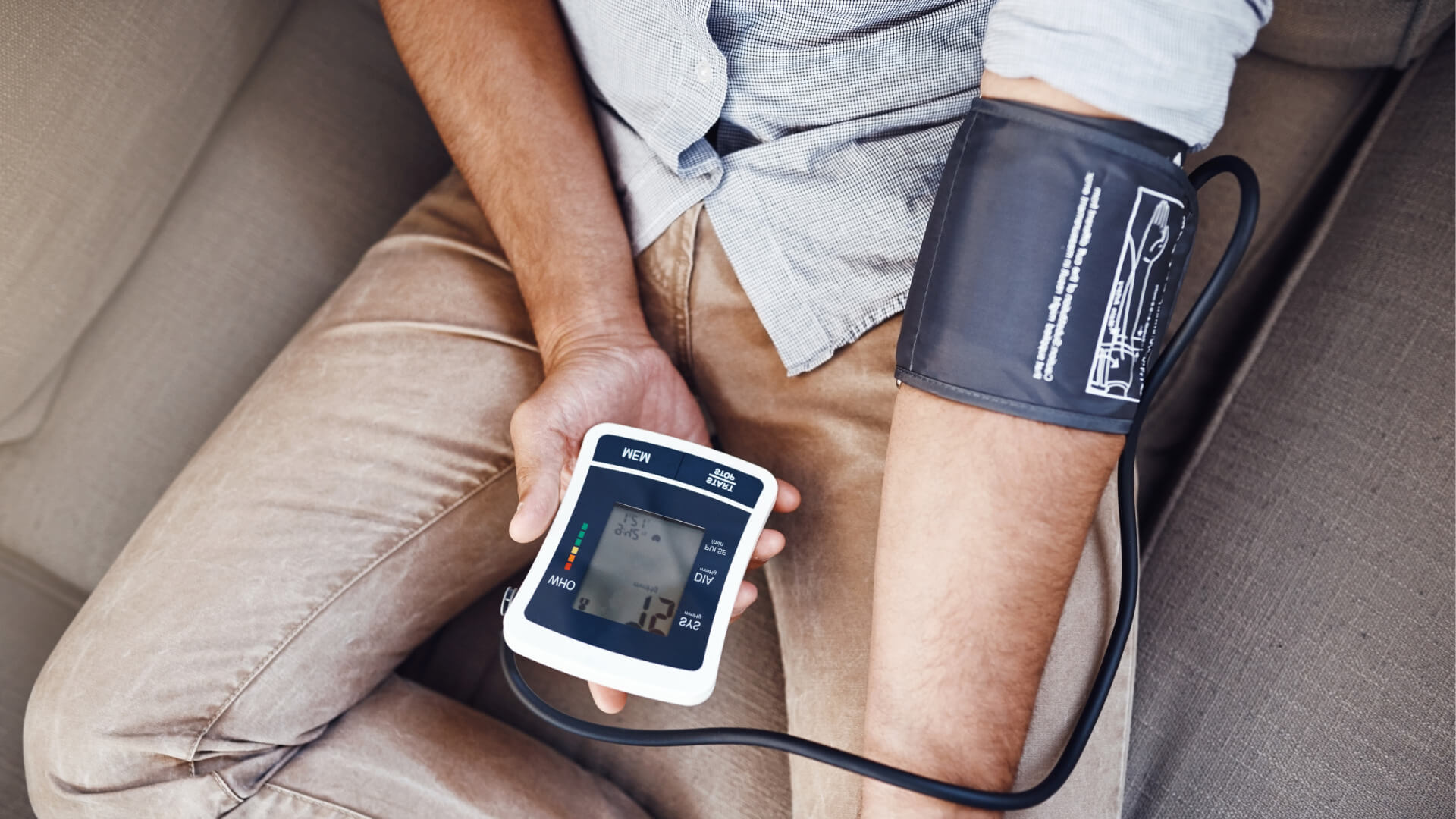 What is Angiotensin II?

Readers are encouraged to read the Your Renin-Angiotensin-Aldosterone System and why it's important blog for a greater overview of the RAAS. Briefly, the RAAS acts to elevate blood pressure in order to ensure adequate perfusion of organs and tissues.

Angiotensin I is inactive, but is activated by an enzyme called angiotensin converting enzyme (ACE) and converted into angiotensin II, which is an active hormone. The term ACE may sound familiar to you – it is the enzyme blocked by ACE inhibitors: a class of drugs used to treat high blood pressure.

Once made by ACE, angiotensin II causes narrowing of arteries (vasoconstriction), stimulates the reabsorption of sodium and water by the kidneys, and promotes thirst. These effects all act to elevate blood pressure and blood volume.

Angiotensin II can also promote chronic inflammation, oxidative stress, and remodelling of tissue in the cardiovascular system (e.g. heart muscle tissue), all of which have negative effects on cardiovascular health. On this note, chronically increased Angiotensin II activity is observed in various cardiovascular diseases such as heart failure and atherosclerosis.

There are 5 main ways by which Angiotensin II increases blood pressure (and blood volume):

Let’s briefly look at each of these effects individually.

Our cardiovascular system can be conceived of as a closed circuit containing a pump (the heart), which pumps fluid (blood) through a network of tubes (blood vessels i.e. arteries and veins).

To increase the pressure of fluid in the circuit (blood pressure), we can either pump more vigorously (increase heart rate or stroke volume – the amount of blood expelled with each heartbeat) or increase the resistance in the network of tubes. It is by this latter principle that vasoconstriction acts to increase blood pressure.

In the walls of arteries and arterioles (small arteries) is a layer of muscle known as vascular smooth muscle. In response to angiotensin II (and other vasoconstrictor molecules), these muscle cells contract, causing narrowing of the lumen of the arteries. This means the blood has to flow through a tighter space, causing an increase in blood pressure.

You can read more about vasoconstriction in the vascular smooth muscle contraction blog.

If you can remember your high school biology lessons, you’ll recall that water tends to move from a high solute (salt) concentration to a low solute concentration. We call this process osmosis.

Using this principle, angiotensin II causes cells in the kidney to reabsorb more sodium from the urine into the bloodstream. Through the process of osmosis, water follows the sodium into the blood. This has the effect of increasing the blood volume and elevating blood pressure.

If you’re interested in more specific details, you’ll have to recall more high school biology! Each kidney is made up of about 1 million filtration units called nephrons. Blood flows through a network of capillaries (called the glomerulus), where ions and water are filtered out into a series of tubules (known as the renal tubule). As the filtrate flows through different stages of the renal tubule, some ions and water are reabsorbed back into the bloodstream.

Angiotensin II in particular activates sodium ion exchange pumps in the early stages of the tubule, the proximal convoluted tubule. This causes the reabsorption of sodium (and therefore water) from the lumen of the tubule back into bloodstream.

Aldosterone is a hormone produced by the adrenal glands, which are located just above the kidneys. It functions in a similar fashion to angiotensin II in that is enhances the reabsorption of sodium and water into the bloodstream.

More specifically, aldosterone activates sodium ion pumps and upregulates sodium ion channels in latter parts of the renal tubule, known as the distal convoluted tubule. This leads to greater reabsorption of sodium (and, accordingly, water) into bloodstream, causing an increase in blood volume and blood pressure.

ADH (Anti-Diuretic Hormone), sometimes called vasopressin, is a hormone produced by the hypothalamus in our brain and secreted by the pituitary gland. True to its name, ADH makes our urine less dilute by promotion of reabsorption of water into the bloodstream in the kidneys. This then causes an increase in blood volume, resulting in an increase in blood pressure.

In further detail: ADH acts on the later part of the nephron called the collecting duct, where it stimulates the upregulation of specialised water channels called aquaporins. These then allow water to be reabsorbed back into the bloodstream.

Angiotensin II activates thirst centres in the brain, thereby promoting fluid intake and an increased desire for salt (sodium appetite). The intake of both water and sodium can help to restore / increase blood volume, thereby causing an increase in blood pressure.

How does Angiotensin II exert its effects in the body?

Angiotensin II exerts its effects in the body by binding to angiotensin II receptors in various tissues and organs.

We should probably be more specific here. There are actually two classes of angiotensin II receptors: AT1 (Type I receptors) and AT2 (Type II receptors), which seem to have opposing effects in the body.

AT1 receptors (AT1Rs), which are expressed in heart, blood vessels, adrenal gland, and brain tissue, are responsible for the increases in blood pressure effected by angiotensin II. In this respect, activation of AT1 receptors by angiotensin II causes vasoconstriction of blood vessels, production of aldosterone by the adrenal gland, ADH release by the pituitary gland, and promotion of thirst.

Activation of AT1 receptors is also thought underlie the pro-inflammatory effects of angiotensin II, causing oxidative stress, proliferation of cells, and remodelling of tissue, all of which are seen in the development of various cardiovascular diseases (e.g. atherosclerosis).

In contrast to AT1 receptors, AT2 receptors (AT2Rs) elicit vasodilatation – the widening of blood vessels caused by the relaxation of vascular smooth muscle surrounding arteries and arterioles. This acts to reduce blood pressure.

In addition, AT2 receptor activation is also thought to inhibit inflammation and the proliferation of cells, and may thus play a protective role against cardiovascular disease. It's worth pointing out that AT2 receptors are less widely expressed in the body than AT1 receptors, and their function in adults is not yet fully understood.

What is the AT1R gene?

The AT1 receptor (AT1R) (full name: Angiotensin II receptor Type I), which, as discussed in the previous section, mediates many of the effects of angiotensin II on blood pressure, is coded for by your AT1R gene (also known as AGT1R gene).

Studies suggest that variants of this gene can affect levels of AT1 receptor produced by the body and may influence our risk of high blood pressure (hypertension).

A SNP (Single Nucleotide Polymorphism) in the AT1R gene, designated rs5186, causes an A-->C change in the DNA sequence, giving rise to two different AT1R gene variants or ‘alleles’ – the ‘A’ allele and the ‘C’ allele.

Some studies have shown that the ‘C’ allele causes greater expression (or activation) of the AT1R gene and higher levels of the AT1 receptor protein. On this note, one study in a Northern Indian population found that hypertensive patients (but not heathy controls) carrying the ‘C’ allele of the ATIR gene (i.e. those with the AC and CC genotypes) had greater AT1R gene expression.

Another study of subjects with Stage 1 hypertension found that levels of the AT1 receptor protein were significantly higher in those with the CC genotype. Furthermore, as illustrated in the graph below, AT1 receptor protein levels were shown to be positively correlated with blood pressure.

This tentatively suggests that the ‘C’ allele of the AT1R gene may confer higher AT1 receptor levels and increased blood pressure. As we’ll elaborate on further below, some studies have linked the ‘C’ allele to a greater risk of high blood pressure (hypertension), although the findings are mixed.

Some studies suggest that the ‘C’ allele (rs5186) of the AT1R gene is associated with a greater a risk of high blood pressure (hypertension).

As shown in the diagram below, the proportion of subjects carrying the ‘C’ allele (i.e. AC and CC genotypes) was significantly greater in the prehypertensive group compared to the normotensive group.

Another study of Japanese subjects also found the ‘C’ allele to be overrepresented in people with hypertension (compared to normotensive controls), but only when the analysis was restricted to subjects with high cholesterol levels (hypercholesterolaemia) – defined in this study as total cholesterol > 200 mg/dL.

Despite these positive associations, several other studies have failed to find an association between AT1R genotype and high blood pressure. For example, out of 8 studies included in a 2021 systematic review of hypertension in African populations, 6 showed no significant association.

Similarly, a 2008 meta-analysis found several mixed findings with substantial heterogeneity i.e. variation in results. This can be seen in the Forest plot above (which shows several non-significant results and widely different odds ratios).

Therefore, overall, the link between the ‘C’ allele of the AT1R gene and increased hypertension risk is arguably somewhat tenuous. It is also worth bearing in mind that essential hypertension, the most common form of high blood pressure, is what is known as a complex, polygenic disorder, with several underlying genes and lifestyle factors contributing to its development. In this respect, single gene variants / SNPs are unlikely to have much effect on hypertension risk when considered in isolation.

How do AT1R gene variants affect risk of hypertension in pregnancy?

Importantly however, and as can be seen in the Forest plot above, the association between the ‘C’ allele and pregnancy hypertensive disorders was only significant in studies observing Asian populations.

Furthermore, when analysis was focussed on pre-eclampsia in particular, no relationship with AT1R genotype was observed.

Another meta-analysis encompassing 192 genetic association studies found that the ‘C’ allele was linked to a 1.22 times higher odds of pre-eclampsia, but the authors reported that the strength of evidence was weak.

There is some, generally poor-quality, evidence linking the ‘C’ allele of the AT1R gene to an increased risk of CHD.

A meta-analysis collating 53 studies encompassing 20,435 subjects with CHD and 23,674 healthy controls found a weak association between the ‘C’ allele and CHD risk, but this became non-significant when the analysis was restricted to larger, well-designed, and high quality studies.

Another meta-analysis focussing on studies in East Asian populations linked the AC and CC genotypes to a 1.57 times greater risk of CHD compared to those with the AA genotype. This is illustrated in the Forest plot above.

The link between AT1R genotype and CHD are posited to be due to the effects of the AT1 receptor on inflammation, oxidative stress, and cardiac remodelling, all of which are implicated in the development of coronary heart disease and atherosclerosis.