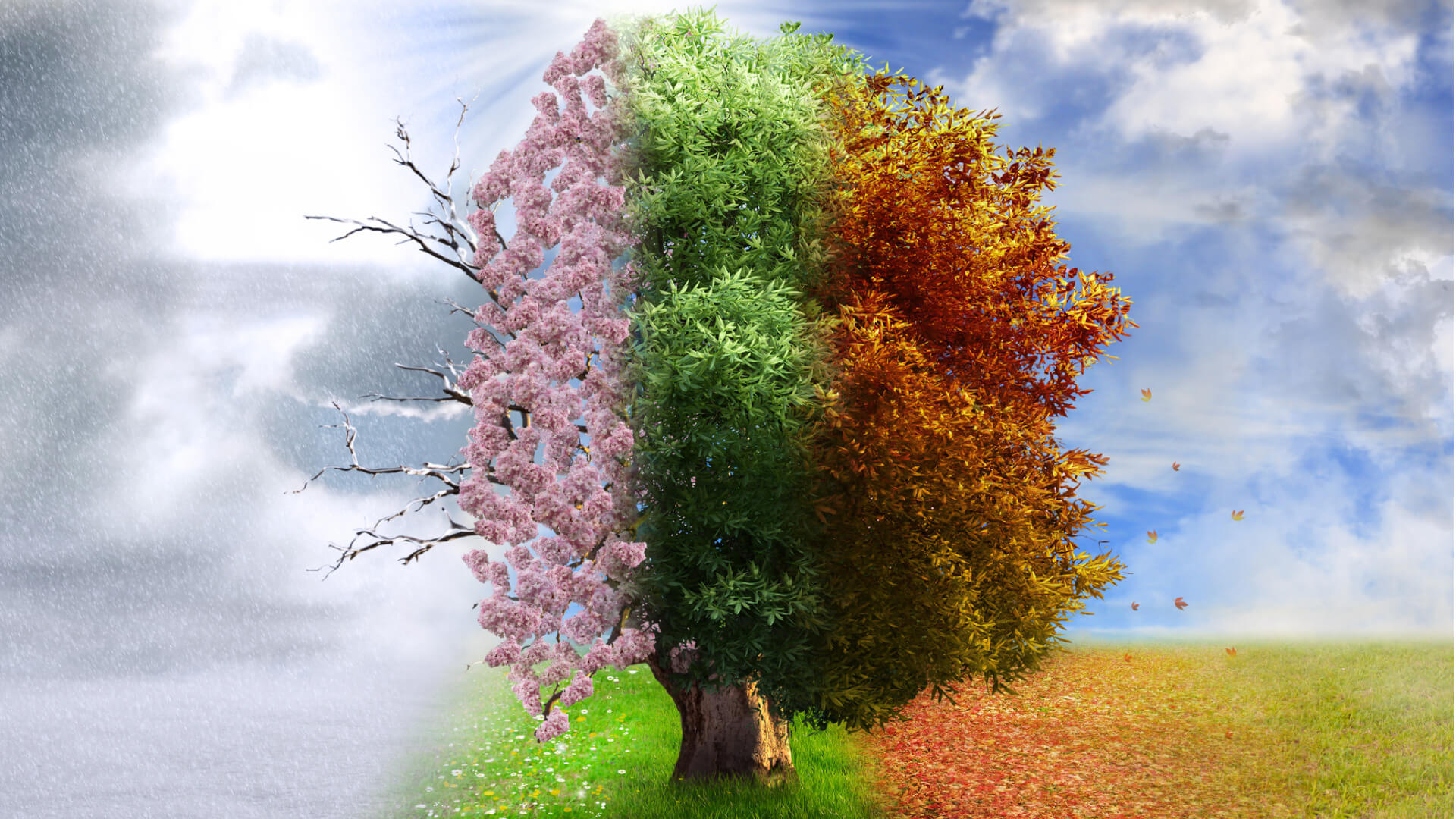 What are circadian rhythms?

Circadian rhythms are biological processes that follow a near 24-hour cycle.

The most obvious example of a circadian rhythm is our sleep/wake cycle. Most of us tend to wake up in the morning and fall asleep in the evening, with the cycle repeating daily.

Lots of hormonal and metabolic processes are also circadian rhythms. For example, levels of cortisol, the body’s stress hormone, are highest in the morning (between 7 and 9 am). They then decline throughout the day, reaching a nadir around midnight, before rising again the following morning.

How are circadian rhythms generated?

Circadian rhythms are generated by internal or biological clocks in various cells and tissues across the body.

In the same way a regular clock may have a complex system of cogs and gears that move at fixed intervals, our biological clocks have molecular machinery that cause 24-hour oscillations in levels of certain proteins, called clock proteins.

The way levels of clock proteins rise and fall over a 24-hour period is, much like the inner workings of a watch, rather elegant. Incidentally, the 2017 Nobel Prize in Physiology or Medicine was awarded to the scientists who discovered this molecular clock mechanism.

Once PER and CRY levels fall sufficiently low, however, this releases the inhibition, causing the period (per) and cry genes to be switched on again as night approaches. Switching on these genes causes levels PER and CRY to rise again during the night, as the cycle restarts. Each cycle lasts 24 hours, thereby setting up a circadian rhythm.

How are biological clocks synchronised?

You may be asking how our internal, biological clocks “know” when it is night and day?

Furthermore, if various cells and tissues all have their own internal clocks, how are they all kept in sync?

The answer is that they are synchronised by a “master clock” in our brain. The internal clocks in different cells and tissues across the body may also be referred to as peripheral clocks. These peripheral clocks are all co-ordinated by the master clock – a structure called the suprachiasmatic nucleus (SCN) located in a key part of the brain called the hypothalamus.

The main function of the SCN master clock is to synchronise our circadian rhythms with the 24-hour rotation of the Earth. It does this predominantly by tracking patterns of light and darkness. We say that light is a zeitgeber (from the German word for ‘time giver’) – a cue in the external environment that sets our circadian rhythms.

Our SCN receives inputs from specialised ganglion cells in the retinas of our eyes that are sensitive to sunlight. Using this input, it adapts the timing of its circadian rhythm according to cycles of light and darkness. This process is known as entrainment. The SCN then sends out signals to the peripheral clocks around the body to keep them all in sync.

Light is the principal, but the not the only, zeitgeber in the environment that entrains our circadian rhythms. Ambient temperature, exercise, eating patterns, and even social interaction can also affect the timing of circadian rhythms, either by acting on the SCN master clock or directly on peripheral clocks in various tissues.

On this note, the timing of when you eat meals can have impact upon peripheral clocks in your liver, pancreas, and fat (adipose) tissue, affecting fat and sugar metabolism.

How do circadian rhythms vary with seasons?

Due to the tilt of the Earth’s axis, the periods of daylight and darkness per day vary across the year (this effect being more pronounced the further away you are from the equator).

In summer, when our particular hemisphere (either north or south) is tilted towards the sun, we experience longer days. As the sun’s rays hit the Earth’s surface at a higher angle, we also experience warmer weather (well, unless you’re British), as more of the sun’s radiation makes its way to the surface.

By contrast, in winter, when our hemisphere is tilted away from the sun and the sun’s rays approach at a lower angle, we have shorter periods of daylight and colder weather.

Humans and various other organisms have evolved to adapt to these seasonal changes in light, temperature, food availability, and other environmental factors. A striking example is in hibernating animals, who adapt their sleep/wake cycle and metabolism so that they sleep longer and are less active in winter.

Although less conspicuous, humans also adapt their 24-hour circadian rhythms to changing seasons. You may notice, for example, that you wake up earlier in summer, when there are longer periods of daylight.

These seasonal variations in circadian rhythms are coordinated by our master clock – the suprachiasmatic nucleus (SCN) located in our brain. The SCN tracks changes in light/dark cycles, temperature, and other environmental cues (zeitgebers) across the year and adjusts its timings. In turn, the SCN synchronises our peripheral clocks in various organs and tissues according to these seasonal changes.

We’ve already mentioned our sleep/wake cycle changing according to the season, but other circadian rhythms change too. For example, our 24-hour cycles in body temperature change according to season. In summer, we reach our maximum body temperature slightly earlier (before nightfall), but in winter, we reach this point slightly later (after nightfall). This is illustrated in the graph above.

Humans also show seasonal variation in bodyweight, appetite, and eating behaviour. Several studies demonstrate that, at least in temperate climates, body weight tends to increase in winter and decrease in the summer, while fat and carbohydrate is highest in autumn and winter.

The below graphs show these trends in a study that followed 593 predominantly overweight individuals in Worcester County, Massachusetts, between 1994 and 1998.

Of course, several social, cultural, and economic factors that change throughout the year (e.g. regional food availability, changes in physical activity) will undoubtedly engender seasonal fluctuations in bodyweight, appetite, and eating behaviour. For instance, we tend to exercise more in summer when it’s sunnier outside, leading to weight loss in summer months.

It is therefore difficult to discern whether and to what extent such seasonal changes in bodyweight, appetite, and eating behaviour are driven by direct changes to circadian rhythms generated by our SCN master clock and peripheral body clocks.

NPAS2 stands for neuronal PAS domain protein 2. It is a protein in our internal biological clocks that helps to generate circadian rhythms.

As mentioned in the “How are circadian rhythms generated?” section earlier, our biological clocks have intricate molecular mechanisms that set up 24-hour oscillations in levels of proteins known as clock proteins. These oscillations can then be used to coordinate other biological processes, such as our sleep/wake cycle, the production of hormones, and the control of body temperature.

In this respect, NPAS2 (in conjunction with another molecule called BMAL1) acts to switch on clock genes, leading to the production and rising levels of clock proteins. Due to its action, we call NPAS2 a ‘transcription factor’ – a protein that either switches genes ‘on’ or ‘off.’

The NPAS2 protein is coded for your NPAS2 gene. It is possible that variants of this gene affect the function of our biological clocks (including the SCN master clock) and adjustment of circadian rhythms to seasonal changes in the environment.

On this note, certain NPAS2 variants have been associated with less seasonal variation in weight, appetite, mood, social activity, and energy levels.

How do NPAS2 gene variants affect seasonal variation in weight and appetite?

A study of Finnish subjects found that certain variants of the NPAS2 were linked to greater seasonal fluctuations in mood, social activity, sleep length, and, in particular, weight and appetite.

One of the variations / SNPs in the NPAS2 gene studied was rs2305160, which causes a G --> A change in the DNA code. This creates two different NPAS2 gene variants or alleles: ‘G’ and ‘A’.

Researchers genotyped the subjects and then issued them the Seasonal Pattern Assessment Questionnaire, whereby individuals rate the degree to which they experience changes in sleep length, social activity, mood, weight, appetite, and energy level across the seasons, using a scale of 0-4 (none, slight, moderate, marked, or extremely marked change).

These questionnaire responses were then used to compile a Global Seasonality Score, with higher scores corresponding to greater seasonal variation in weight, sleep etc.

Researchers found that carriers of the ‘A’ allele (i.e. those with AA and AG genotypes) experienced less seasonal variation in bodyweight, eating behaviour, sleep patterns, and mood, as assessed by lower Global Seasonality scores.

Taking the obverse stance, we can say that people with the ‘GG’ genotype experienced much greater seasonal variation compared to ‘A’ allele carriers.

Furthermore, NPAS2 gene variants were found to explain more of the variation in weight and appetite compared to other factors. On this note, greater seasonal changes in weight and appetite have also been linked to a higher risk of metabolic syndrome – a name for a cluster of high blood pressure, high blood sugar levels, high blood fat levels, low HDL cholesterol, and increased waist circumference, all of which increase the risk of cardiovascular disease.

Putting these two factors together, the researchers hypothesised that, by potentially affecting the seasonal adjustment of circadian rhythms and causing greater seasonal variation in weight and appetite, certain NPAS2 gene variants can increase the risk of metabolic syndrome.

Another study of Finnish subjects found that inadequate indoor lighting was associated with greater seasonal changes in weight and appetite. This again points to a role of disrupted circadian rhythms and biological clock function in explaining why some people may gain more weight in winter.