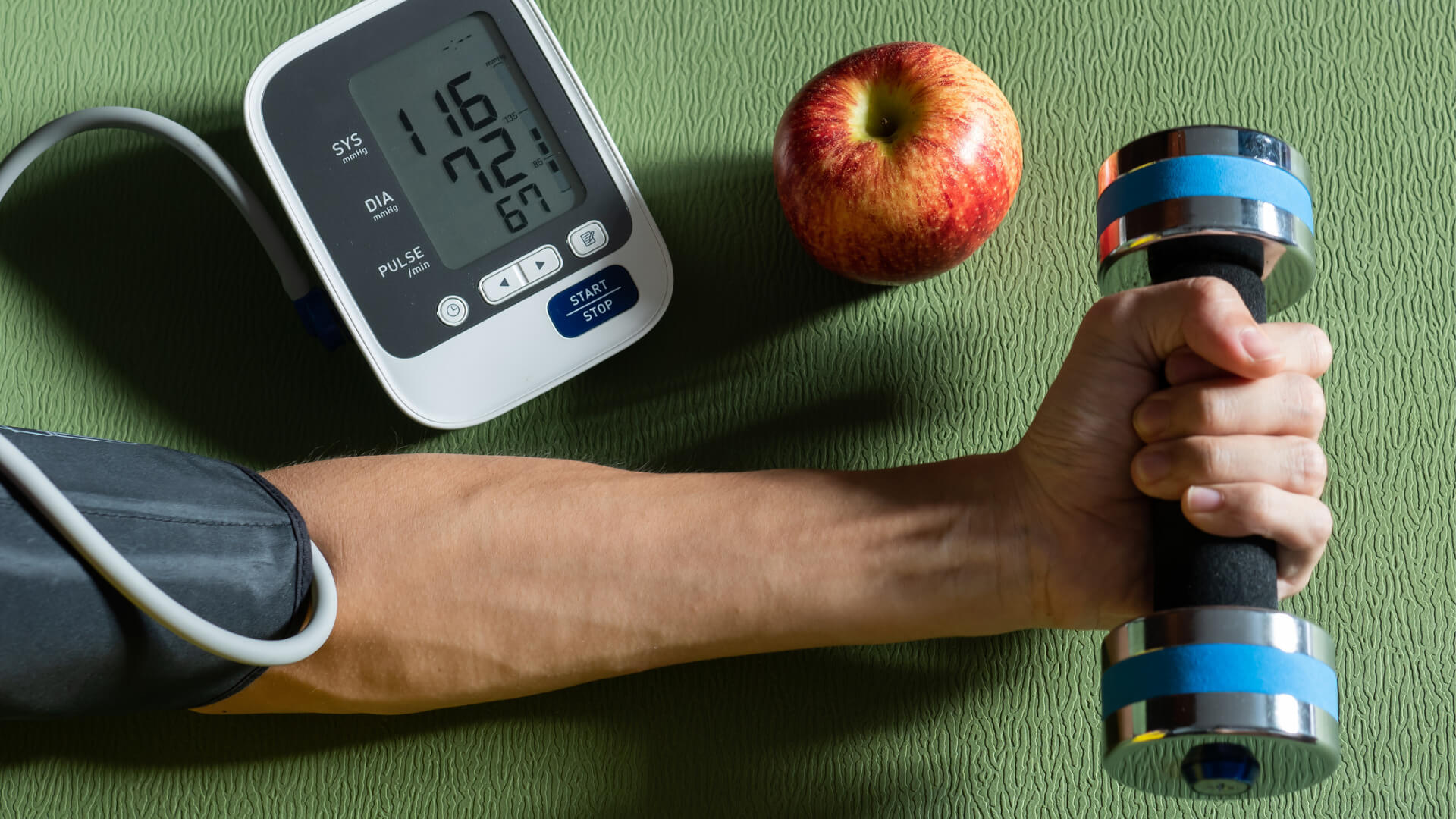 What is nitric oxide (NO)?

Nitric oxide (NO) is a molecule that causes blood vessels to widen or dilate (a process known as vasodilation / vasodilatation).

By causing dilation of blood vessels, NO helps to increase blood flow to tissues that require greater delivery of oxygen and nutrients (e.g. exercising muscles) and acts to reduce blood pressure.

It may help to think of our cardiovascular system as a pump (the heart) that forces fluid through a circuit of pipes (our blood vessels). If the pipes were widened (analogous to dilation of blood vessels), the resistance to the flow of fluid in the circuit drops. This causes the overall pressure of fluid in the circuit to drop (analogous to a reduction in blood pressure).

You can read more about how vasodilatation reduces blood pressure in the Vascular Smooth Muscle Contraction article.

Nitric oxide (NO) is also thought to be partly responsible for the benefits of exercise on blood pressure. Regular exercise is widely shown to lower blood pressure and reduce the risk of developing high blood pressure (hypertension).

Production of NO in skeletal muscles has been shown to increase in response to exercise, which contributes to longer-term reductions in blood pressure.

How is nitric oxide (NO) produced?

Nitric oxide (NO) is produced by cells lining the inside of blood vessels - these cells are known as (vascular) endothelial cells.

Changes in the levels and activity of the NOS3 enzyme affect how effectively we produce NO. This, in turn, can influence our control of blood pressure and susceptibility to high blood pressure (hypertension).

On this note, studies show that exercise increases the production of NOS3, which contributes to long-term reductions in blood pressure. For example, one study found that NOS3 expression was significantly increased in skeletal muscle after after 8 weeks of daily exercise (90 mins per day).

The nitric oxide synthase 3 (NOS3) enzyme is coded for by your NOS3 gene.

Different variants of this gene have been shown to affect the activity of the NOS3 enzyme and therefore the production of nitric oxide (NO). This, in turn, can affect regulation of blood pressure and risk of developing high blood pressure (hypertension).

In your Healthy blood pressure and exercise (NOS3) trait, we look at NOS3 variants created by the rs891512 SNP (Single Nucleotide Polymorphism). This causes a G to A change in the DNA code of the NOS3 gene, giving rise to two different NOS3 gene variants or alleles: the ‘G’ allele and the ‘A’ allele.

For example, a 2008 study assessed the NOS3 genotype of 726 men and women and also measured their blood pressure and energy expenditure over 4 days. The researchers were particularly interested in non-resting energy expenditure (NREE) - the number of calories used in physical activity (including exercise) and, to a much smaller extent, in the digestion and absorption of food.

Interestingly, however, there was a significant interaction between NREE and genotype. As the graph above shows, there was only a significant difference in blood pressure between genotypes in those with the highest tertile of NREE.

Conversely, it could also be argued that people carrying one or two copies of the ‘A’ allele (referred to as XA in the graph above) experience smaller reductions in blood pressure with greater physical activity.

It is important to add here that higher NREE was significantly associated with reductions in blood pressure regardless of genotype. This comports with what we all know - exercise is good for us and greater physical activity can help lower blood pressure.

Limitations of the study

It is important to interpret the above study findings with caution. Firstly, this was only one, fairly small study and there are a relative paucity of other studies investigating the rs891512 SNP, blood pressure, and the impact of exercise and physical activity.

Secondly, this study was an observational and not an interventional study. In an ideal world, to assess whether NOS3 genotype affected blood pressure response to exercise, you would want to run a clinical trial whereby people were randomly assigned to exercise and control interventions. They could then be followed up over time to see whether NOS3 genotype influenced any changes in blood pressure.

A few studies have linked the ‘A’ allele (rs891512) of the NOS3 gene to a greater risk of high blood pressure (hypertension).

For example, a small study that compared the genotypes of Chilean subjects with and without Type II diabetes found that the ‘A’ allele was more frequently observed in those with hypertension.

Overall, the evidence base for a link between the rs891512 NOS3 SNP and high blood pressure is lacking. Other NOS3 SNPs, however, have been linked to risk of hypertension.

It is important to remember here, however, that high blood pressure (essential hypertension) is a condition underpinned by hundreds of different genes, with each gene variant typically having a very small effect. Many environmental factors have a much larger impact on your risk of high blood pressure. For instance, we know that smoking, being overweight, diets high in salt, alcohol intake, stress, and physical inactivity can all greatly increase the risk of developing high blood pressure.

Coronary artery disease (CAD) is a condition whereby fatty plaques build up in the arteries supplying the heart. You can read more about CAD in the Protecting your heart (PRSC1) trait article.

Some studies have linked the ‘A’ allele (rs819512) of the NOS3 gene to a greater risk of CAD. For example, a 2019 meta-analysis found that ‘A’ allele carriers were more likely to have CAD compared to those with the GG genotype.

A 2020 study that compared the NOS3 genotypes of Chinese people with coronary artery disease to healthy subjects found that the ‘A’ allele was associated with a 1.57 times greater odds of having CAD.

It is important, however, to add some context to the above figure. Firstly, in genetic studies, odds ratios of less than 1.5 are considered small, suggesting that a gene variant in question has a modest effect on risk of disease. It is therefore likely that inheriting the ‘A’ allele of the NOS3 gene only increases the risk of developing coronary artery disease (CAD) by a tiny amount.

A second point of context to add is that these types of case-control studies and resultant odds ratios don’t really say much about your individual risk of a disease. The odds ratio of 1.57 for ‘A’ allele carriers mentioned above is relative to GG genotype - it does not take into account the prevalence of CAD in the population, or the frequencies of genotypes in the population. Moreover, as with high blood pressure risk, hundreds of other genes and environmental factors will determine your individual risk of developing CAD.

Your Healthy blood pressure and exercise (NOS3) trait looks at variants of your NOS3 gene, specifically those created by the rs891512 SNP. Depending on your DNA results, you will be classified into one of two groups: